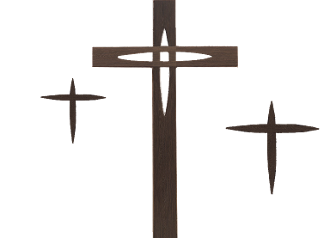 Origins: The Story of The Spirit Cross

The story of the Spirit Cross began in the Spring of 2018.  A friend of mine, Jane Best, visited from California.  She is the co-founder of God’s Love We Deliver – one of the most important food delivery programs in the nation.

One afternoon, Jane and I went for a walk in my neighborhood in northern Manhattan. Passing the St. Frances Cabrini Shrine we decided to go in. That is when Sr. Dianne McKenna and Jane first met and discussed the connections between the Cabrini mission with Jane’s work. God’s Love We Deliver began in the 1980s, when Jane and her roommate cooked a single meal and delivered it to one, destitute young man, dying of AIDS. That is how it all began – with one simple act of kindness.

The full story is too long to tell here. But a door opened for me, and I understood what the spirit of Mother Cabrini truly meant – what it is to give selflessly for others – no matter what the risk or circumstances.

In the meantime, a different stream of the story was developing. Another friend came to visit, Elizabeth Ursic a professor of religion and author of the book Women, Ritual and Power. She gave a lecture/workshop at St. John the Divine in New York in which she discussed the evolution of the imagery of Jesus and the Crucifix. In part, the presentation was in response to the re-installation at The Cathedral of Christa by Edwina Sandys. In this work the Corpus, the body of Jesus nailed to the Cross, is depicted as a mutilated body of a nude woman. Controversial when it was first installed, the Christa was now gaining wide acceptance. Still I wondered whether this was the best way to depict the Divine Feminine.

I began sketching, a visual meditation exploring symbols of sacred fertility. The imagery of the Spirit Cross organically emerged from this work. Called Saranam (Refuge) the visualization also features the music of Ruth Cunningham and Ana Hernandez.

Back at The Shrine a bond was developing. And in the following November, my music ensemble, Electric Diamond, performed there. On the program notes, I purposely included a simple black and white image of the Spirit Cross.The Director of the Shrine took note. In the following weeks, we spent hours in dialogue with Sr. Dianne, as well as the Director of Liturgy, exploring the meanings and implications of the image. Why not craft an actual Cross for the Shrine based on that image?

What makes this Crucifix unique is that instead of a body of a man, the Corpus is an abstract image. As a symbol, it is open to multiple interpretations. However, for myself and the women of the Shrine, the design of The Spirit Cross is a conscious, self-empowering symbol of the Divine Feminine.

Here are a few of Sr. Dianne’s thoughts: "The Spirit Cross is a love story. It is a symbol of the Sacred Womb through which a loving universal God gave us his only Son incarnated upon our Earth. It is a symbol of the Divine Feminine, of Creation itself – of the tender and caring bond between Heaven and Earth.”

The Spirit Cross is a testament to the work and spirit of Mother Cabrini – the Patron Saint of Immigration… and the unconditional love that can change the world.